Export-Import Bank of Korea leads the return of Asian green bonds in the region's primary market since early March in the wake of Covid-19.

Encouraging economic signs have been emerging in recent weeks as the world emerges from a Covid-19-induced coma. Some countries are lifting lockdowns, equity and fixed income markets are beginning to stabilise, and investors are emerging from paralysis to seek safe harbours for their funds.

In Asia, there are growing hopes that these green shoots will be “green” in more ways than one, as the region’s sustainable finance agenda rises.

The Export-Import Bank of Korea (KEXIM) has revived the primary market for Green, Social and Sustainability (GSS) bonds in Asia with a highly sought-after €700 million green bond – the first for an issuer in the region since early March. KEXIM’s issuance came days after Korea became the first country in Asia to pledge that it will achieve net zero emissions by 2050, reflecting the east Asian nation’s leadership in the transition to a lower carbon economy and the potential of capital markets to finance that shift. 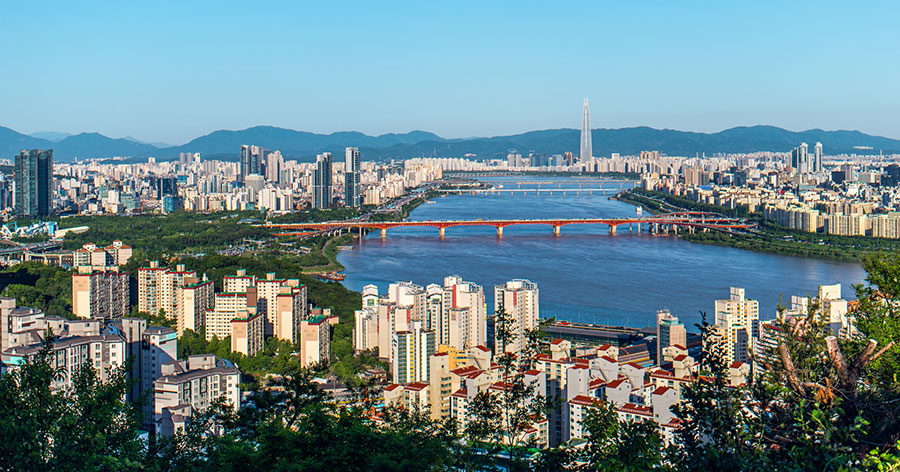 “The volume of orders for KEXIM’s green bond shows the strength of demand out there for high quality Asian issuers in this format,” says Chaoni Huang, Head of Sustainable Capital Markets, Asia Pacific, at BNP Paribas, which acted as a Joint Bookrunner for the transaction. Huang points out that the euro-denominated green bonds, sold alongside a $700 million floating rate note, attracted a final order book of €3.2 billion, mainly from investors in Europe.

Huang says that KEXIM’s success has opened the door for a surge of green bond issuance – as well as their social and sustainability cousins – as the region seeks to finance its recovery from the pandemic as well as move towards a more sustainable economy.

“We are seeing supply come back in the primary market,” says Huang, adding that a number of prospective issuers were preparing for bond issuance that would finance Covid-19 relief measures. The virus has revealed the need for greater investment in healthcare infrastructure and pandemic preparedness, says Huang, who believes this need could support more regional issuance of social bonds, which finance positive outcomes for society.

Globally, social bonds have been growing in stature because of the pandemic. As of 17 April, they accounted for 30% of all the GSS bonds issued in 2020, compared with just 5% in the whole of last year. There was around $13 billion of social bond issuance from Asia in the first quarter of this year, which amounted to nearly three times the volume in the first quarter of 2019. Globally, $23 billion of social bonds related to Covid-19 were issued alongside another $27 billion of bonds linked to the pandemic but without conforming to the International Capital Market Association’s social bond label.

Huang says that institutional investors pursuing socially responsible or Environmental, Social and Governance (ESG) mandates are prioritising issuance that supports Covid-19 relief measures, but that they also remain focused on climate change over the longer term.

In their response to the pandemic so far, governments have naturally focused on the urgent tasks of limiting the spread of the virus and providing short-term liquidity to businesses and households. This includes Korea, which announced a near-$200 billion stimulus package this week.

However, longer term efforts to combat the economic impact of the virus and reduce emissions could be complementary. Policymakers in countries such as Germany have observed the opportunity to use Covid-19 stimulus measures to accelerate the shift away from a reliance on carbon for growth. This could involve support for sectors like renewable energy, electric vehicles, battery storage, recycling plants and affordable, energy-efficient housing.

The significant capital expenditure that ‘Green New Deals’ like Korea’s would require in order to change energy sources, technologies and supply chains can be financed by the expansion of the GSS bond market in the region, says Huang. “Korea has demonstrated real leadership from Asia,” she says. “We believe other countries will also set net zero emissions targets and that the GSS bond market is ready and able to support the investment those goals will require.”

Korea’s Green New Deal includes substantial investment in renewable energy, the introduction of a carbon tax and the phasing out of domestic and overseas coal financing by public sector institutions. Korea will also establish a Regional Energy Transition Centre to support workers as they transition to jobs in more sustainable sectors. While there is no timeline for implementation yet, President Moon Jae-in’s newly-re-elected Democratic Party has pledged to develop a medium to long-term roadmap towards achieving the 2050 target.

Korea is the world’s twelfth-largest economy but its seventh-biggest carbon emitter.  Asia’s three largest economies – China, India and Japan – are also the world’s biggest, third-biggest and fifth-biggest emitters of carbon dioxide. Huang points out that their programmes to reduce emissions will make a critical difference to global efforts towards meeting the target of Paris Agreement, which is to limit increases in average global temperatures to two degrees Celsius or less above pre-industrial times.

“Every economy will have to find a path to net zero emissions if we are to prevent devastating impacts from climate change that will affect the world as a whole,” says Huang at BNP Paribas. “We believe Asia will rise to this challenge and that sustainable capital markets will play an important part in these efforts.”

Green Linings in a Covid 19 World

Climate Change Adaptation – The other side of the coin

How can finance accelerate the clean tech transition to net zero?

The future of women in sustainable finance